As we indicate the oldest flat delta, the island of Buddha began to form in the early eighteenth century. Another proof of this fact is offered by the writing that Don Francisco Gonzalez “Constable Tortosa City” and first owner of the island, headed dated April 16, 1738 to the Crown of Aragon requesting annexation. “island .. a possession of one wages, more or less, that some years now has appeared in the river … which is vulgarly call uneducated and the Isle of Buddha, which the Real treasury does not receive any benefit. consequently, and in order that the Real Estate get some use, asks and begs interested by VS granted said island, offering to pay entry and annual census moderate … “ and that was favorably resolved 11 August 1739. 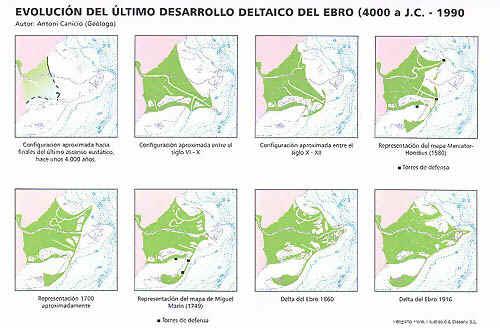 Since then the island has grown thanks to the sediments carried by the river floods and flash floods, until it grew to 1450 hectares, from the hands of other owners until 1924 when it was acquired by brothers and Pere Joan Borés Calsamiglia. 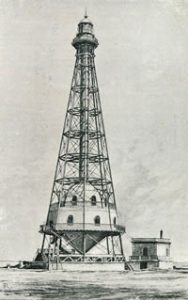 In 1918 Buda had a very prominent (Cape Tortosa) and stated the process of eastward progradation. The difficult access to natural harbors of the Fangar and Els Alfacs formed by alluvium carried by the river Ebro, determined the construction in 1864 of the first lighthouse for navigation, located at Cape Tortosa, in the island of Buddha, an iron tower of cylindrical shape and painted pearl which has proved emblematic for the people of the delta. Nothing else fulfill their hundred years earlier in the decade of the sixties, the advance of the sea that toppled lighthouse. The arm of the Ebro that flowed into the river “Migjorn” and is the western boundary of the island, was important and active.

In 1950 the river opens northward due 1937 Avenue (second largest of the twentieth century), who broke the northern margin of the river, and you can see some kick Cape of Tortosa.

Finally, the year 1960 there was the permanent abandonment of the east end and a sharp decline occurs beaches. Migjorn River remains active only as artificial drainage channel.

It has always been given priority to the preservation needs of this lovely place, which stands out as one of the best preserved wetlands in Catalonia, which has been made possible by the exemplary conservation management of its owners over time, good practice and the low intensity of traditional farms in the area such as fishing, hunting and rice cultivation. 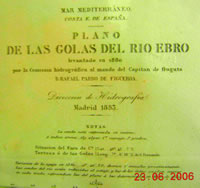 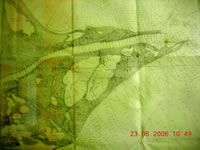 This means that, from time immemorial, and at the express wish of the owners, have been completed exploitation of hunting and fishing very low impact, which has enabled the conservation of lakes and diversity of flora and fauna that inhabit place, so that has limited the number of hunters and fishing boats for sustainable use of this resource, preventing desiccation of wetlands for conversion to crops, prohibiting fishing for eels in drains and open channels the river, maintaining existing forest mass, supporting the lack of irrigation water derived from a network of canals and ditches obsolete to favor associated fish fauna, and conducting a surveillance by security guards, recently shared with the surveillance Natural Park.

Furthermore it has always been important to the conservation of the traditional such as the fishery or the cultivation of rice, among others, that allow visitors to rediscover values associated with country life, culture, the countryside and the historical, the progress and modernization have been clearing the area of urban life.

In short, the attractions of the island are numerous Buddha and the desire to know has become clear over time both among the people of the neighboring villages and among the tourists who visit us.

In this regard, we recall the fragment of poetry that centenary and popular Catalan poet Josep Maria de Segarra dedicated to Buda, after a stay of three days when he was invited to the island in 1945, and which evokes its feelings clear leaving their knowledge about nature, the countryside and the birds:

In this existence elapsed,
where less is gained is lost,
with the soul of a middle prostrate
I want to close my eyes and daydream,
in the opulence of the land of Buda,
where the water is smooth and the rice is green …

Buda … Night, night better than roses
you know cause the deepest sleep,
Buda, mystery, snipe the front,
and not a single clog!
If not for these simple things,
Served what would come into the world?